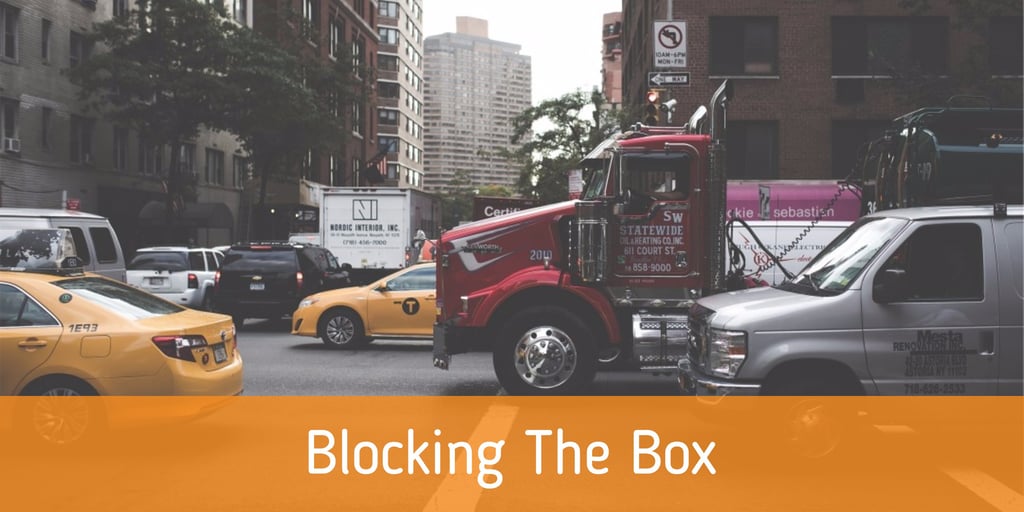 Don't block the box and make sure you move over!

Parents might not know either of these laws, but students taking our driver's ed classes are well versed in them because we teach both concepts.

Both the “Blocking the Box” law and the “Move Over” law passed in 2009, and many people who were licensed before that are still unaware of their existence.

Often times we hear students telling their parents the right way to cross an intersection so they don’t “Block the Box.” We also hear them explaining to their parents how to move over one lane so they can be safe when traveling past emergency vehicles.

Still after all this training, both laws can be difficult to execute in real life.

We see many students who know the “Blocking the Box” law in theory, but when a light turns green at an intersection, they get flustered and aren’t sure what to do. They see a line of cars behind them, panic, and turn left into an intersection before they realize they can’t get safely across. Then, they wait, getting stuck under or past a red light, effectively “Blocking the Box.”

Often times their parents can’t help themout with this statute because they have a difficult time with it as well. When they were learning to drive, the laws at intersections were different. There was no law against “Blocking the Box,” and in fact, people were encouraged to push into the intersection, and if the light turned red while they were still under or past the light, they would quickly try to get out of the intersection.

The “Move Over” law is also one of those things that can be confusing for new and long-time drivers. As we said earlier, the more seasoned drivers got their license at a time when there was no such law. And even though there are many good students who learned what to do in driver's education class, they sometimes freeze when it comes to real life.  That is why we want you to get as much time on the road as possible.

Practice makes perfect. Even if you know these two laws in theory, and can execute a perfect intersection in your mind, or can envision safely moving over a lane from an emergency vehicle, reality can be more difficult. Situations come up in real life that are tricky. So practice these scenarios with an experienced driver well versed in the rules.

Don't give in to pressure from cars beeping behind you at an intersection. They may push you to "Block the Box" because they are in a rush, but if you get stuck under the red light, you would be the one at fault when an accident happens or if police are out ticketing.

Learn how to drive from the experts at The Next Street! We will provide you with all of the tips and tricks you need to stay calm behind the wheel.