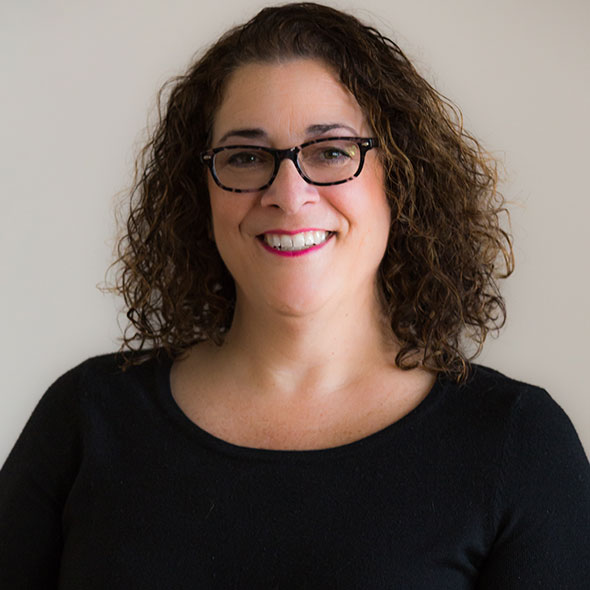 Find me on:
LinkedIn

You found out recently that you have Parkinson’s disease, and now you are looking down the road of life, wondering what lies ahead. This progressive movement disorder will eventually interfere with many areas of your life, including your ability to drive, though you may still have many years of independent living ahead of you. Even when it does start to impair your driving skills, it doesn’t mean you have to surrender the keys just yet. With assistance, you can overcome some of the challenges of Parkinson’s and extend your time in the driver’s seat.

What is Parkinson’s disease?

Parkinson’s disease is a progressive neurodegenerative disorder where certain cells in the basal ganglia of the brain die off over time. These cells are responsible for communicating with the muscles to create movement, so as they deteriorate, the body slowly loses its ability to control its muscles. While around 1 in 10 cases have been found to have a genetic cause, the vast majority occur randomly within the population, though some studies suggest that exposure to pesticides may contribute to some cases.

Parkinson’s progresses through five stages. In the first stage, they may only have a mild tremor on one side of the body, and changes in their facial expression, walking, and posture. Daily life goes on mostly as normal. In the second stage, both sides of the body tend to be affected, and stage one problems get worse, but in general, they can still live an independent life.

As things progress into the third stage, movements slow and balance becomes more of a challenge. They may have a hard time with daily activities and are prone to falling. In stage four, the person is now unable to continue independent living. They need assistance to walk, and have more difficulties with routine tasks. Stage five often leaves the person confined to bed or a wheelchair. Their muscles are too stiff to work properly, and they are unable to function on their own.  They now require constant care. They may also have more severe cognitive symptoms such as confusion and hallucinations. Dementia occurs in about three out of four patients at this stage.

Parkinson’s is more common as people age, and the speed at which it progresses varies from person to person. Presently, there are no treatments that can stop or even slow the disease, though certain symptoms can be managed with medication. It does not necessarily impact people’s lifespan, but it will eventually progress to the point where they are completely incapacitated.

How can Parkinson’s disease affect my ability to drive?

Parkinson’s disease involves the deterioration of certain parts of the brain and can lead to a variety of cognitive, physical, and visual deficits.

As Parkinson’s progresses, some people will experience cognitive symptoms, some of which may be brought on in part by the increased stress of daily living, and in part by the medications they take to control physical symptoms. It is not uncommon for them to feel overwhelmed by situations or distracted as they try to accomplish things. This can make it difficult for them to stay focused on driving, especially in high-stress situations like on the freeway. They may also have memory problems and may forget where they are going. In the early stages of Parkinson’s, these symptoms are usually very mild and cause minimal disruption to life. In the later stages, they may have more difficulty thinking clearly, and struggle with depression, and even dementia. At this point, driving may no longer be possible, especially coupled with the severe physical symptoms that are present in later stages.

There are many physical symptoms of Parkinson’s. They often begin with tremors in the hand, which may have little impact on driving. As symptoms progress and it becomes difficult to initiate movement in the arms and legs, people may experience delayed reactions as they try to push the pedals or turn the steering wheel, which can lead to collisions. Some of this can be mitigated with medication, but symptoms often gradually worsen as it approaches time for another dose. People may also have balance issues and difficulty maintaining a safe posture, which can make sitting properly in the driver’s seat a challenge. Eventually, Parkinson’s progresses to the point where driving will no longer physically be possible, though this may be decades after the original diagnosis.

It is fairly common for Parkinson’s patients to see a worsening of their visual acuity. This impacts their ability to see the road, though is often easily fixed with corrective lenses. They may also experience blurry vision in response to some medications, which again may make seeing the road difficult. They may also find bright lights more painful, so driving in high-glare situations can be uncomfortable. Some individuals might have hallucinations. These often take the form of real objects, such as people or animals, which can be frightening or distracting. This is actually a symptom of broader psychosis and often at this point they can no longer safely function independently.

What can I do at home to improve my ability to drive with Parkinson’s?

Research has shown that exercise can help alleviate Parkinson’s symptoms, and it may possibly slow its progression, though this has yet to be definitively proven. One good form of exercise is vigorously riding an exercise bike. Studies have shown that doing this at least three times a week for 40 minutes can reduce tremors, improve walking pace, and have a variety of positive neurological effects. This can put you in a better physical and mental condition to keep driving.

Since Parkinson’s leads to stiff muscles, be sure to take up a stretching routine. This will help you keep the range of motion and muscle tone needed to operate a vehicle. Be sure to stretch your neck regularly, as this can help keep you flexible enough to see over your shoulder when changing lanes or backing up. You may also want to look into massage therapy to help ease muscle tension.

As with any health condition, adequate sleep and a healthy diet play a major role in how well you feel.

Who determines if I can still drive with Parkinson’s?

While the early stages of Parkinson’s may not greatly affect your ability to drive, this will change over time. It is important to keep an eye on how symptoms change to determine if driving is still safe. Studies have shown, however, that Parkinson’s patients are not always the best at judging their own driving abilities. It may be loved ones who first notice that something is amiss with your driving. If you or your loved ones are concerned, it is time to consult a Certified Driver Rehab Specialist (CDRS). They can help objectively measure your abilities to see if you are still fit to drive and prescribe a course of action to keep you on the road longer.

While there are no laws in Connecticut that prohibit Parkinson’s patients from driving, the state does expect drivers to be fit to drive and has created forms to report drivers who may no longer be fit to drive. These forms can be found at https://www.ct.gov/dmv/cwp/view.asp?a=818&q=245036 and may be anonymously submitted by a physician, police officer, or concerned loved one. Once submitted, they trigger a process that results in the person’s driver’s license being suspended until they can be medically cleared to drive again. The state also protects the submitters from legal action against them as long as the forms were submitted in good faith.

What does Next Street look for when evaluating Parkinson’s patients?

Our main goal is to detect any problems you have that would impact your driving, with the aim of helping you overcome these challenges when possible. If it works for you, our CDRS can conduct their assessment in the comfort of your own home. They will test your vision and give you both a physical and cognitive evaluation. This process can take up to two hours and intentionally puts you through some stressful tests, so be sure to get a good night’s rest and eat well before our visit. Depending on our findings, we will prescribe you a course of action, and may recommend consultation with other specialists, or for you to have a behind-the-wheel evaluation at a later date.

There are four possible courses of action we may recommend after our visit.

You may still be in good enough health to keep driving as normal, though you may benefit from some sort of defensive driver training. It may be a good idea to eliminate distractions, like listening to the radio, so you can focus on the task at hand. You may also find it helpful to have a GPS to keep you on track with where you are going. Driving an automatic transmission will simplify your driving experience. Having a car with added safety features such as backup cameras and sensors, and a collision avoidance braking system can reduce the likelihood of an accident.

Keep in mind that Parkinson’s is a progressive disease, so you will possibly need reevaluated over time and have a different driving outcome in the future.

In some situations, we may decide that you can still keep driving, but for your own safety, we will recommend that you no longer drive at night or in high-stress situations like freeways, heavy traffic, or in inclement weather.

As your ability to function declines, certain vehicle adaptations may help you stay on the road longer. You may benefit from hand controls for the gas and brake, larger mirrors, or modifications to accommodate a wheelchair. These can be expensive and take time to learn how to use, so we will help you decide if they are a realistic option in your situation.

Because of the progressive nature of Parkinson’s, there will come a time where you can no longer drive a vehicle. We will help you put a plan in place so that you can maintain your independence and mobility even after you have to give up the keys. This may include riding with loved ones or friends, public transportation, specialty transit companies, or ride services such as Uber, Lyft and Metro Taxi.

We Are Here to Keep You Safe Behind the Wheel

Our Driver Rehabilitation program works with patients whose change in health may affect their ability to safely drive. We have a team of Certified Driving Rehab Specialists that will work with patients on evaluating your driving abilities. We also have a team of professional instructors to help you gain or regain the skills you need to drive. We created this blog to talk about the various diagnoses we experience and how they may affect your experience behind the wheel.