Autonomous Vehicles... Are we ready?

How do they work?

Self-driving vehicles use a series of sensors to monitor the road, the road conditions and the environment (other vehicles, pedestrians, bikes etc) around them. The sensors include lasers, radar and cameras that can detect objects in all directions. These sensors send information to the vehicles specially designed self-driving vehicle computer.

I haven't seen one, have you?

Currently, Google is primarily testing their vehicles in California and Texas, although one of their vehicles was seen in Virginia. Freightliner is currently testing self-driving tractor-trailers on public roads in Nevada. In March of 2015, Delphi (a supplier of vehicle technology), took their self-driving Audi SUV from San Francisco to New York City. Only a small number of states have legislation that addresses autonomous vehicles. Law makers in all 50 states need to be looking at this. BusinessInsider.com recently published an article that they estimate that in 2020 (just 5 years away) that 3% of vehicles shipped will be self-driving.

Google reports that their vehicles have been involved in 12 collisions and that in all cases the self-driving car was not at fault. Will they crash? In my opinion - yes. Technology is not perfect. As we saw in the media hackers took control of a new Jeep Cherokee, so what makes anyone think that hackers won’t go after self-driving vehicles.

So what do you think?

Are you comfortable in getting into a vehicle that does not have a steering wheel or a brake pedal? How will you feel when you are driving and look in the mirror to see an 80,000 pound tractor-trailer with no one in the drivers seat? I think that there is some good in this technology. But for me, until the day my two sons sit me down and have that dreaded conversation about no longer driving myself, I want to feel the steering wheel in my hands, put my seatbelt on, press the gas pedal and go! I like to drive, and for me I don’t want to give that up.

Besides I am not sure how well a Google Car would do in a situation like this...

Self-Driving Cars might be in the future, but for now you're the operator. Are you ready to learn how to drive yourself? 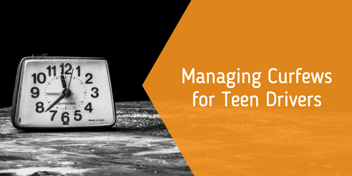 Statistics about what times of day are the most hazardous for teen drivers have been very... 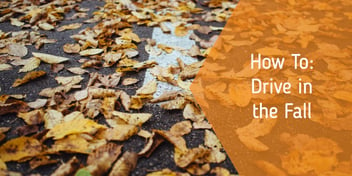 How To: Drive in the Fall

Fall is my favorite time of year. The weather cools down, the leaves change color, and Halloween... 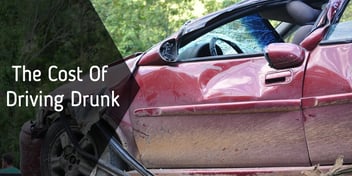